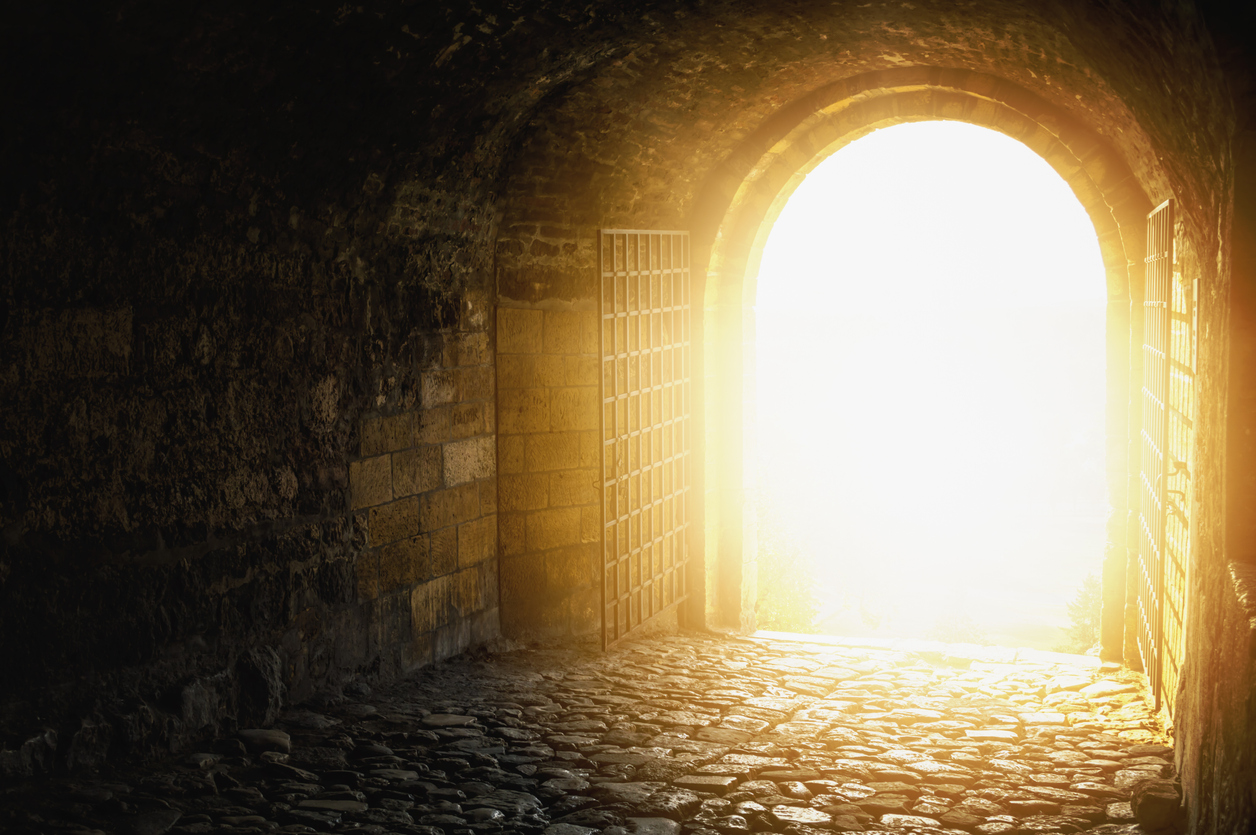 “Very truly I tell you Pharisees, anyone who does not enter the sheep pen by the gate, but climbs in by some other way, is a thief and a robber. The one who enters by the gate is the shepherd of the sheep. The gatekeeper opens the gate for him, and the sheep listen to his voice. He calls his own sheep by name and leads them out. When he has brought out all his own, he goes on ahead of them, and his sheep follow him because they know his voice. But they will never follow a stranger; in fact, they will run away from him because they do not recognize a stranger’s voice.” Jesus used this figure of speech, but the Pharisees did not understand what he was telling them.

Therefore Jesus said again, “Very truly I tell you, I am the gate for the sheep. All who have come before me are thieves and robbers, but the sheep have not listened to them. I am the gate; whoever enters through me will be saved. They will come in and go out, and find pasture. The thief comes only to steal and kill and destroy; I have come that they may have life, and have it to the full. (John 10:1-10; NIV)

Jesus knows us by name and He loves us. He is madly, genuinely, truly in love with us. He will go to great lengths to protect us. His disciples didn’t understand these facts fully until He targeted the Pharisees with His teaching as the Door of the sheep.

Indeed, for us to get a better grasp on John chapter 10, we need to go back. John chapter ten is tied with John chapter nine. They flow together. In John nine, Jesus heals a blind man and confronts the religious rulers who doubt the healing, declaring that they are blind.

As he went along, he saw a man blind from birth. His disciples asked him, “Rabbi, who sinned, this man or his parents, that he was born blind?”

“Neither this man nor his parents sinned,” said Jesus, “but this happened so that the works of God might be displayed in him. As long as it is day, we must do the works of him who sent me. Night is coming, when no one can work. While I am in the world, I am the Light of the World.”

Jesus said, “If you were blind, you would not be guilty of sin; but now that you claim you can see, your guilt remains. (John 9; NIV)

Instead of rejoicing that someone born blind could now see, the religious leaders of the day were upset about who, why, how and when someone performed the miracle. In this story, from chapter 9 through 10, Jesus fights that religious spirit, exposing the leader’s sins and referring to them as thieves and robbers. The religious spirit of the day attempted to steal the joy of God’s miraculous power from those that should have been open to receive it after the blind man was healed. So Jesus went after that spirit forcefully.
He continues to take the religious spirit head on in our day and age. When Jesus said  He is the Door for the sheepfold, He expressed His protective nature over His people. Jesus wants us to know that once we are in His family, no one can touch us. He has us and He watches out for us.  Jesus stands guard in our lives. He is our Protector. He is our Deliverer.

I am convinced, when you get to heaven, we will experience a fantastic shock. Every evil God stopped from happening to us in this life will be on full display, in something similar to watching an episode of our lives. We can all thank God for what He has done for us in answer to prayer. We cry to God, He steps in and takes care of us. David knew God’s protective nature firsthand:

The righteous cry out, and the Lord hears, And delivers them out of all their troubles. (Psalm 34:17)

God is protective of us. We might think we know our story, but when it comes to deceiving powers, deceiving spirits, false prophets, false teachers and false religions, Jesus Christ has waged war to keep the wolves out of our lives, to stop their influence and destructive ways. Someday we will see how He fought off a thousand wolves, stayed a thousand fiery arrows and contended to keep us safe from unseen attacks. With this symbol of the gate, Jesus is communicating that He is our warrior.