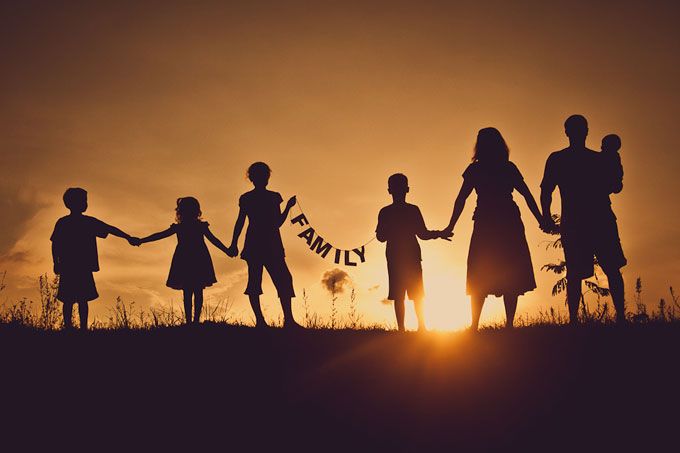 In the second chapter of the book of Joshua, we see that Rahab had hidden the two spies from the king’s men, and because she helped them, they responded to her plea to protect her family when the city would be taken. The two spies are a type of GOD’S PROMISES concerning the salvation of your family. God wants you to hide in your heart His Word concerning your family, just like Rahab hid the spies in her house. Rahab’s name means “spaciously enlarged.” Rahab’s heart was “spaciously enlarged” to ask and then see the salvation of her entire family. She wasn’t content with her own salvation, but her desire was for her whole family to be saved.

We read in Joshua 2:12-13, 18: “Now therefore, I beg you, swear to me by the Lord, since I have shown you kindness, that you also will show kindness to my father’s house, and give me a true token, and spare my father, my mother, my brothers, my sisters, and all that they have, and deliver our lives from death’”…So the men said to her: “‘We will be blameless of this oath of yours which you have made us swear, unless, when we come into the land, you bind this line of scarlet cord in the window through which you let us down, and unless you bring your father, your mother, your brothers, and all your father’s household to your own home.’”

The first step to seeing all of your family brought into the Kingdom of God is to believe it is God’s will to save them. As long as Satan’s deceiving voice is whispering in your ear that “it must not be God’s will to save them” or “they have their own will” or some other lie, you will never pray in faith long enough to see God work in their lives. It is the will of God for your family to be saved!

The Word of God says that if we believe, we will be saved “and our house.” God wants you to believe that He wants to save your family. “‘Who will tell you words by which you and all your household will be saved.’” (Acts 11:14) Read that again: “All your house will be saved.” Has Satan been robbing your faith and ripping off your family? Now is the time for you to stand and claim what is your God-given right and responsibility to see your family saved.

The Scripture is full of entire families being saved.

• “Then Crispus, the ruler of the synagogue, believed on the Lord with all his household. And many of the Corinthians, hearing, believed and were baptized.” (Acts 18:8)

• “But at midnight Paul and Silas were praying and singing hymns to God, and the prisoners were listening to them. Suddenly there was a great earthquake, so that the foundations of the prison were shaken; and immediately all the doors were opened and everyone’s chains were loosed.”

“And the keeper of the prison, awaking from sleep and seeing the prison doors open, supposing the prisoners had fled, drew his sword and was about to kill himself. But Paul called with a loud voice, saying, ‘Do yourself no harm, for we are all here.’ Then he called for a light, ran in, and fell down trembling before Paul and Silas. And he brought them out and said, ‘Sirs, what must I do to be saved?’ So they said, ‘Believe on the Lord Jesus Christ, and you will be saved, you and your household.’ Then they spoke the word of the Lord to him and to all who were in his house.” (Acts 16:25-32)

• “So the father knew that it was at the same hour in which Jesus said to him, ‘Your son lives.’ And he himself believed, and his whole household.” (John 4:53)