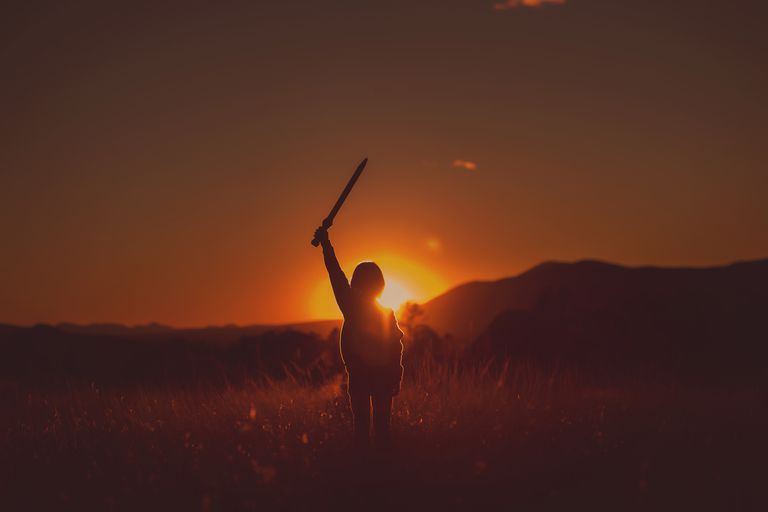 In 1 Corinthians 10:11 we read, “Now all these things happened to them as examples, and they were written for our admonition, upon whom the ends of the ages have come.”

The Scriptures record the history and detail of the children of Israel for one purpose: for our learning, encouragement and example. In Romans 15:4 there can be found another confirmation of God’s purpose for giving us the Old Testament: “For whatever things were written before were written for our learning, that we through the patience and comfort of the Scriptures might have hope.”

So when we read about Moses and his death, we are seeing an example of how God deals with leadership changes.

“Moses is dead.” The cry quickly filled all the tents of the camp of the children of Israel. Their beloved leader had died. God’s chosen vessel was gone. What would now happen to the great nation that God had delivered from bondage through the hands of Moses? Who could now lead God’s people? What would God’s next step be to bring His children into their promised land?

God was ready. Ready to unveil a “new breed” of leader who was to lead the “new breed” of Israelite. God had been preparing a champion who would lead a nation of champions. His name was Joshua. He was the leader of the Joshua Generation.

For 40 years the Joshua Generation watched as their parents died off, one by one, on the wrong side of Jordan. Although God had supernaturally delivered and preserved them, they chaffed at this command to cross the River Jordan and possess the Promised Land. They were in a passive position of living in fear and unbelief. They were satisfied with just being delivered from Egypt. Yet God had not delivered His children from Egypt to let them die in the wilderness. His saving them from slavery was to be the first step in bringing them into their inheritance: a land of milk and honey – the Promised Land.

With this understanding, then let us look at the children of Israel and their journey into the Promised Land.

Moses is a type of the Lord Jesus Christ in that he was a deliverer to an entire nation. Like Christ at His birth, Satan sought to kill Moses by destroying all male children. However, Moses, like Jesus, was supernaturally saved. Moses was the meekest man on the earth (Numbers 12:3) as was Christ. Moses was called to go before Pharaoh and command him to let God’s people go. Pharaoh means “the spoiler king.” Pharaoh is a type of Satan, the arch enemy of God and man. The children of Israel were in Egypt, which literally means “place of double-limiting extremes.” Egypt is a perfect type of the world. Jesus has come to deliver us from the authority of Satan (Pharaoh) and the power of the world (Egypt).

God’s ultimate instrument in delivering His people from Pharaoh and Egypt was in the Passover. God sent His angel of death to kill the first-born of every living thing, except where the blood of a spotless lamb was found over the doorpost. That blemish-free lamb was a beautiful picture of the Blood of Christ. John the Baptist called out as Jesus came to him to be baptized in water, “The next day John saw Jesus coming towards him, and said, “Behold! The Lamb of God who takes away the sin of the world!” (John 1:29)

Revelation 5:9 tells us about the Blood of Jesus: “And they sang a new song, saying: ‘You are worthy to take the scroll, and to open its seals; for You were slain, and have redeemed us to God by Your blood out of every tribe and tongue and people and nation’….” In Colossians 1:14 we read, “in whom we have redemption through His blood, the forgiveness of sins.”

By the Blood of Jesus, Satan’s power over us has been broken, and we are delivered from the control of the world.

This great deliverance is a type of water baptism and its severing of the hold that Satan and the world has on us. Through water baptism, we break the power of Satan, the world and our flesh to control us, and we are freed to live for God.

After the victory at the Red Sea, God began to lead this vast nation by giving them a cloud by day (for protection from the desert sun) and a fire by night (for protection from the cold, from wild animals and from snakes). This cloud and fire is a picture of the baptism of the Holy Spirit and living everyday under the guidance and power of the Holy Spirit. For food, God gave the children of Israel manna from heaven. This bread of life is a type of the Word of God. Jesus said that man could not live by bread alone, but by every Word of God. (Matthew 4:4)

Joshua, whose name means “savior,” is also a type of Christ. The children of Israel are a type of Church – the Body of Christ. In Acts 7:38 it speaks of them as “the congregation in the wilderness with the Angel who spoke to him on Mount Sinai, and with our fathers, the one who received the living oracles to give to us.”

The children of Israel were called the “church in the wilderness.” So from these types, we can learn and gain wisdom as the Holy Spirit gives us understanding and revelation.

We live in the most exciting time in the history of the human race. Every day, history is being made all around us as time is rushing towards its final moments. World events of staggering significance are happening at a breathtaking pace, as God prepares to send Jesus back from heaven.

For the Christian, your place in this great final climax is tremendously important. For God has chosen you to be alive and a part of His great army in the final hour of world history. He has predestined you to be a part of the last day, overcoming, victorious church of Jesus Christ! He has saved His best for last, and you are His best! The Bible speaks of a great move of God in the last days that will exceed anything God has ever done before. We are standing on the edge of this great tidal wave of glory.

We are the Joshua Generation!