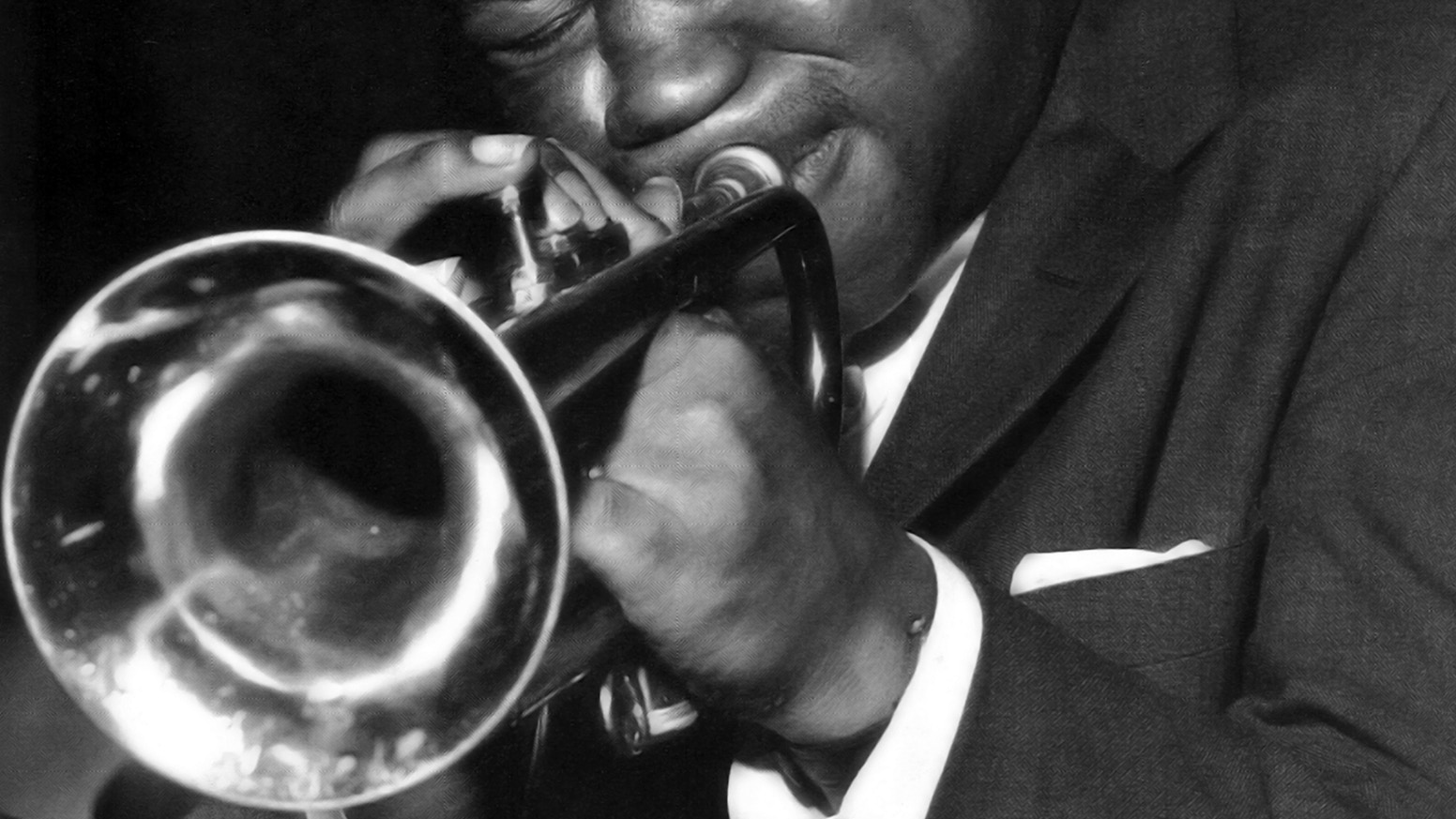 Five Reasons to Blow the Trumpet

There were five reasons for blowing the trumpet in the camp of the children of Israel. These five reasons are five distinct directions that God is speaking through His leadership to the people of God today. In Numbers 10:1-3, “the Lord spoke to Moses, saying: ‘Make two silver trumpets for yourself; you shall make them of hammered work; you shall use them for calling the congregation and for directing the movement of the camps.’”

Numbers 10:3 says, “When they blow both of them, all the congregation shall gather before you at the door of the tabernacle of meeting.” God reiterates this in Psalm 133:1: “Behold, how good and how pleasant it is for brethren to dwell together in unity! It is like the precious oil upon the head, running down on the beard, the beard of Aaron, running down on the edge of his garments. It is like the dew of Hermon, descending upon the mountains of Zion; for there the Lord commanded the blessing — life forevermore.”

Unity always begins at the top and flows down. Unity comes into a church when the leaders are in unity. It comes to a home when the parents are in unity. Jesus prayed that you and I would come into unity: “I do not pray for these alone, but also for those who will believe in Me through their word; that they all may be one, as You, Father, are in Me, and I in You; that they also may be one in Us, that the world may believe that You sent Me. And the glory which You gave Me I have given them, that they may be one just as We are one: I in them, and You in Me; that they may be made perfect in one, and that the world may know that You have sent Me, and have loved them as You have loved Me.” (John 17:20–23)

Let us come together as one great army of God and see God’s glory fill our land! “But if they blow only one, then the leaders, the heads of the divisions of Israel, shall gather to you.” (Numbers 10:4)

The second reason for blowing the trumpet was to gather the LEADERSHIP of Israel together. God is calling leaders to come together and seek God. We see this in action in the Book of Acts where the Holy Spirit spoke to leaders as they gathered together. “Now in the church that was at Antioch there were certain prophets and teachers: Barnabas, Simeon who was called Niger, Lucius of Cyrene, Manaen who had been brought up with Herod the tetrarch, and Saul. As they ministered to the Lord and fasted, the Holy Spirit said, “Now separate to Me Barnabas and Saul for the work to which I have called them.’”

God is calling the leaders of local churches, cities and nations together so He can speak to them and empower them for the new direction He has for His people. If you are a leader, hear this trumpet! Gather and fellowship with other leaders, and receive God’s instructions for taking our cities for God. “But if they blow only one, then the leaders, the heads of the divisions of Israel, shall gather to you.” (Numbers 10:4)

We find that the third reason for blowing the trumpet was for God’s whole congregation to MOVE ON or ADVANCE. When the cloud or fire of God’s presence moved, it was up to the leadership to blow the trumpet and move God’s people with God. When God moves, we must move.

The Joshua Generation follows the presence of God and moves when God moves.

Today we are seeing a separation of the Body of Christ. God is moving on, and many people don’t want to move from where they are. They’ve become comfortable and have not wanted to change. Over the past four decades we have seen a PROGRESSIVE

MOVE of God in the earth. God restored praise and worship. Then He restored faith, and we received great blessings from the principles of faith. However, many didn’t move with God into the arena of faith. They didn’t hear or respond to the trumpet blast to move on. In fact, many have preached and have taught against “moving on” into the new things of God. Even today, many are speaking against the “prophetic move” and the “kingdom move.” But, child of God, don’t fight what God is doing in the earth! Yes, change can be unsettling and difficult, but the Christian life is a journey and lifestyle to change.

You must realize that when you stop changing and moving with God, you lose the freshness and power of His presence. Jesus defined the life of a Christian in John 8:31-32: “Then Jesus said to those Jews who believed Him, ‘If you abide in My word, you are My disciples indeed. And you shall know the truth, and the truth shall make you free.’” A disciple is one who continues in God’s Word. He has disciplined himself to live and obey God’s Word. Jesus said that it is this kind of person, this disciple, to whom the truth comes, and the truth will set you free! Truth is not cheap. It is the reward of discipleship.

“When you go to war in your land against the enemy who oppresses you, then you shall sound an alarm with the trumpets, and you will be remembered before the Lord your God, and you will be saved from your enemies.” (Numbers 10:9)

The fourth reason for sounding the trumpet is to call the people to WAR. This trumpet sound was an alarm that woke the entire nation for the purpose of battle. An example of this can be found in Joel 2:1, 7-11; 3:9-10.

First, in Joel 2:1, 7-11: “Blow the trumpet in Zion, and sound an alarm in My holy mountain! Let all the inhabitants of the land tremble; for the day of the Lord is coming, for it is at hand… They run like mighty men, they climb the wall like men of war; every one marches in formation, and they do not break ranks. They do not push one another; every one marches in his own column. Though they lunge between the weapons, they are not cut down. They run to and fro in the city, they run on the wall; they climb into the houses, they enter at the windows like a thief. The earth quakes before them, the heavens tremble; the sun and moon grow dark, and the stars diminish their brightness. The Lord gives voice before His army, for His camp is very great; for strong is the one who executes His word. for the day of the Lord is great and very terrible; Who can endure it?”

And in Joel 3:9-10 we read: “Proclaim this among the nations: ‘Prepare for war! Wake up the mighty men, let all the men of war draw near, let them come up. Beat your plowshares into swords And your pruning hooks into spears; let the weak say, ‘I am strong.’”

God is calling His Church to war. It is time for war in the Body of Christ! “For though we walk in the flesh, we do not war according to the flesh. For the weapons of our warfare are not carnal but mighty in God for pulling down strongholds, casting down arguments and every high thing that exalts itself against the knowledge of God, bringing every thought into captivity to the obedience of Christ.” (2 Corinthians 10:4-5)

If, as God’s ministers in the land, we don’t sound the trumpet of war, then we have surrendered God’s people to be taken captive by the enemy. We are led to this great battle by our Commander-in-Chief, the Lord Jesus Christ.

We have been given the keys to tear down the gates of hell. The reason that I have become a warrior is because if I don’t war, who will fight for my family, my wife, my church, my city and my nation? “Speak to the children of Israel, and say to them: ‘When you have crossed the Jordan into the land of Canaan, then you shall drive out all the inhabitants of the land from before you, destroy all their engraved stones, destroy all their molded images, and demolish all their high places; you shall dispossess the inhabitants of the land and dwell in it, for I have given you the land to possess. And you shall divide the land by lot as an inheritance among your families; to the larger you shall give a larger inheritance, and to the smaller you shall give a smaller inheritance; there everyone’s inheritance shall be whatever falls to him by lot. You shall inherit according to the tribes of your fathers. But if you do not drive out the inhabitants of the land from before you, then it shall be that those whom you let remain shall be irritants in your eyes and thorns in your sides, and they shall harass you in the land where you dwell. Moreover it shall be that I will do to you as I thought to do to them.’” (Numbers 33:51-56)

If you refuse the trumpet of war because “I don’t know about that warfare stuff” or “I don’t feel called to spiritual warfare,” then you have surrendered to defeat by your inactivity. “For if the trumpet makes an uncertain sound, who will prepare for battle?” (1 Corinthians 14:8) The trumpet has sounded, rise up, O Mighty Army of God!

The fifth reason for the trumpet being blown was to call the children of Israel together to praise and worship God. It was a CALL TO WORSHIP GOD. Numbers 10:10 reads: “Also in the day of your gladness, in your appointed feasts, and at the beginning of your months, you shall blow the trumpets over your burnt offerings and over the sacrifices of your peace offerings; and they shall be a memorial for you before your God: I am the Lord your God.”

Today, there is a revival of praise and worship sweeping over the whole earth. There are more people praising God right now than there has been in the history of the human race. Father God seeks worshippers in the earth. Jesus said that “the hour is coming, and now is, when the true worshipers will worship the Father in spirit and truth; for the Father is seeking such to worship Him. God is Spirit, and those who worship Him must worship in spirit and truth.” (John 5:23, 24) God has always preceded His great moves in the earth with worship and praise.

When Jesus was born, the heavenly choir sang the praises of God. Jesus is coming soon for a worshipping Bride in the earth. “For we are the circumcision, who worship God in the Spirit, rejoice in Christ Jesus, and have no confidence in the flesh….” (Philippians 3:3)

Our priestly ministry to God is not in natural priestly duties, but in spiritual sacrifices of praise and worship. “Rejoice in the Lord always. And again I will say, rejoice!” (Philippians 4:4) We are to live in an environment of praise towards God! It is God’s will for you to stay filled with His Spirit by keeping a song in your heart.

“See then that you walk circumspectly, not as fools but as wise, redeeming the time, because the days are evil. Therefore do not be unwise, but understand what the will of the Lord is. And do not be drunk with wine, in which is dissipation; but be filled with the Spirit, speaking to one another in psalms and hymns and spiritual songs, singing and making melody in your heart to the Lord, giving thanks always for all things to God the Father in the name of our Lord Jesus Christ….” (Ephesians 5:15-20)

God is leading His people by the prophetic teaching, preaching and direction of anointed ministers. The Joshua Generation is marching together in unity, following their Captain and Commander, Jesus Christ.