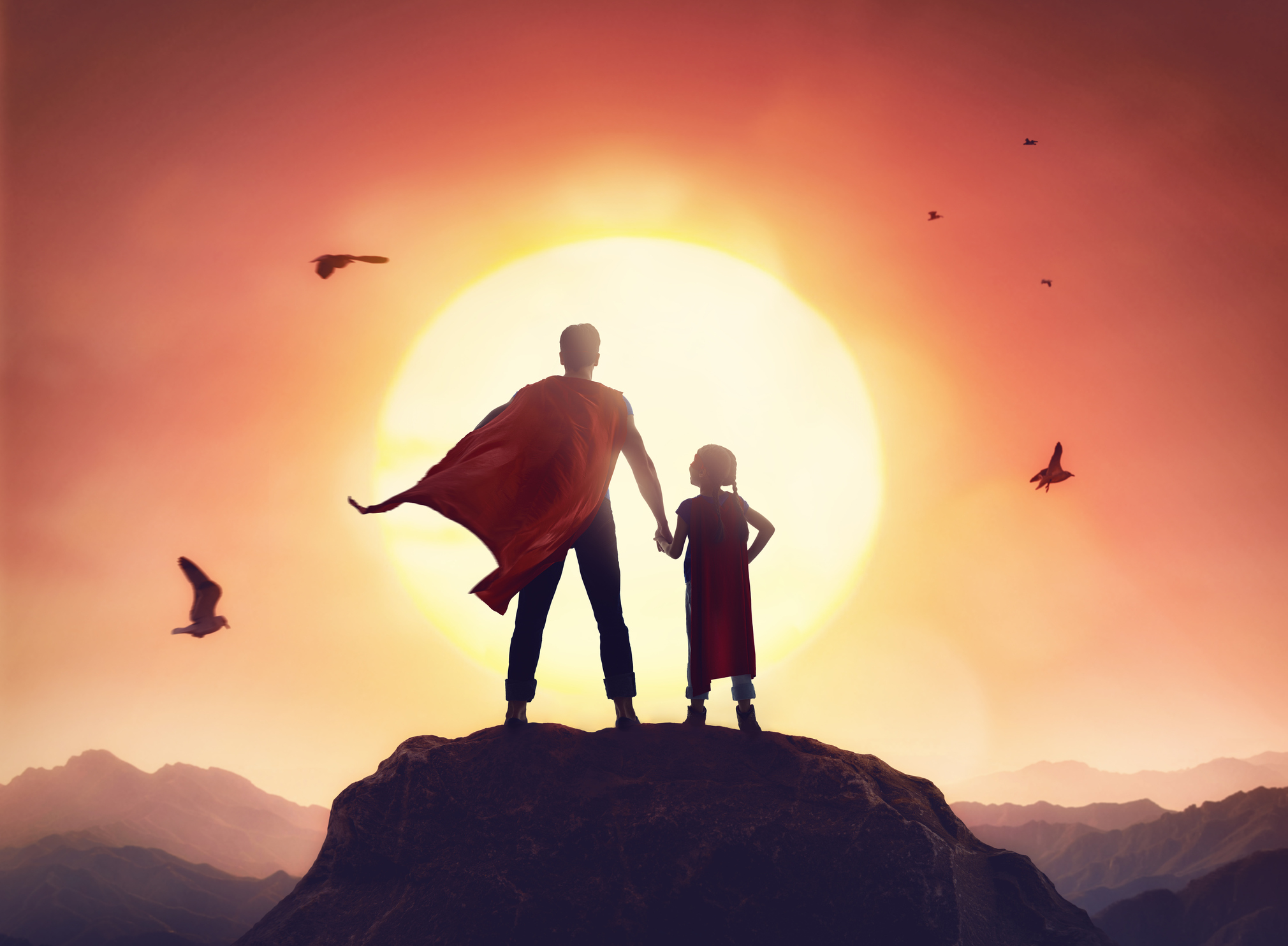 As believers in Jesus Christ, we have been given Divine Favor from our Heavenly Father. The Greek word for “grace” means “divine favor.” God has granted us His favor as His children.

”Grace to you and peace from God our Father and the Lord Jesus Christ. Blessed be the God and Father of our Lord Jesus Christ, who has blessed us with every spiritual blessing in the heavenly places in Christ.

Too many precious saints of God are living defeated and discouraged lives because they have not known and received the favor God has for them. Favor is a magnet of God’s blessings. It is the environment for visions and dreams to be born and nurtured. If God were to give a great vision, dream or prophecy to the average believer, he (or she) would not see that vision grow with reality because they do not know who they are as God’s children.

Behold what manner of love the Father has bestowed on us, that we should be called children of God! Therefore the world does not know us, because it did not know Him. (I John 3:1)

Special people do special things! It is time for believers to understand they are favored of God! The foundation of success for the believer is to know the reality of God’s love and favor to us.

..that Christ may dwell in your hearts through faith; that you, being rooted and grounded in love, may be able to comprehend with all the saints what is the width and length and depth and height— to know the love of Christ which passes knowledge; that you may be filled with all the fullness of God. Now to Him who is able to do exceedingly abundantly above all that we ask or think, according to the power that works in us,

When you know the love of Christ in your life, it opens up the possibilities of faith to believe His wonderful promises. Yet to the negative and fearful person, the beautiful promises of God have no effect. There must be the right atmosphere for God’s Word and vision to develop. Romans 5:17 tells us:

Much more they which receive ABUNDANCE OF FAVOR and the gift of righteousness shall REIGN in life by one, Jesus Christ.

God wants you to reign as a king in this life. Through DIVINE FAVOR you will enter into a new dimension of power and destiny in God.

Let’s look at another key biblical example of such favor. God had a plan to deliver the people of Israel. A young woman was the centerpiece of His purpose on this occasion. Her name was Esther. Esther was orphaned as a little girl and her uncle, Mordecai, raised her. God had a DIVINE DESTINY for young Esther and the doorway to it was FAVOR.

And Esther obtained FAVOR in the sight of all of them that looked upon her. And the king loved Esther above all the women and she obtained GRACE AND FAVOR in his sight more than all the virgins: so that he set the royal crown upon her head, and made her queen instead of Vashti. (Esther 2:15, 17)

What a beautiful picture of the Bride of Christ is seen in this book of Esther! We are loved and FAVORED by our God. Knowing His GOODNESS AND FAVOR is the bedrock of success and victory for the believer. When you build an understanding and an environment of favor in your life, you open the doorway of divine destiny.

Now it came to pass on the third day, that Esther put on her royal apparel, and stood in the inner court of the king’s house, over against the king’s house: and the king sat upon his royal throne in the royal house, over against the gate of the house. And it was so, when the king saw Esther the queen standing in the court, that she obtained favour in his sight: and the king held out to Esther the golden sceptre that was in his hand. So Esther drew near, and touched the top of the sceptre.

Esther was able to fulfill her divine destiny because she was living in the realm of DIVINE FAVOR. God is ready to unshackle your life from the restraints and limitations that have been put on you AS YOU BELIEVE AND CONFESS GOD’S FAVOR, YOU PREPARE YOURSELF FOR THE ENTRANCE OF VISIONS AND DREAMS IN YOUR LIFE. WITH THOSE VISIONS AND DREAMS COMES GOD’S DESTINY

Several years ago when the Lord called us to establish a church in the Scottsdale area, we ran into a serious obstacle. The City of Scottsdale did not want us to lease an office/warehouse building in their main industrial park. I knew it was God’s will for us to move there and build a church, but the City didn’t see it that way.

In fact, they turned us down on five different occasions. But we unleashed the power of FAVOR to work for us. We thanked the Lord for FAVOR with the City and we confessed that by faith we had FAVOR. Suddenly the City did an about face and began to help us with the same vigor they had opposed us! Acts 2:47 tells us:

Praising God, and having FAVOR with all the people. And the Lord added to the church daily such as should be saved.

You are FAVORED OF GOD, dear saint! You are His special child and He wants you to live in that understanding of HIS DIVINE FAVOR to you.