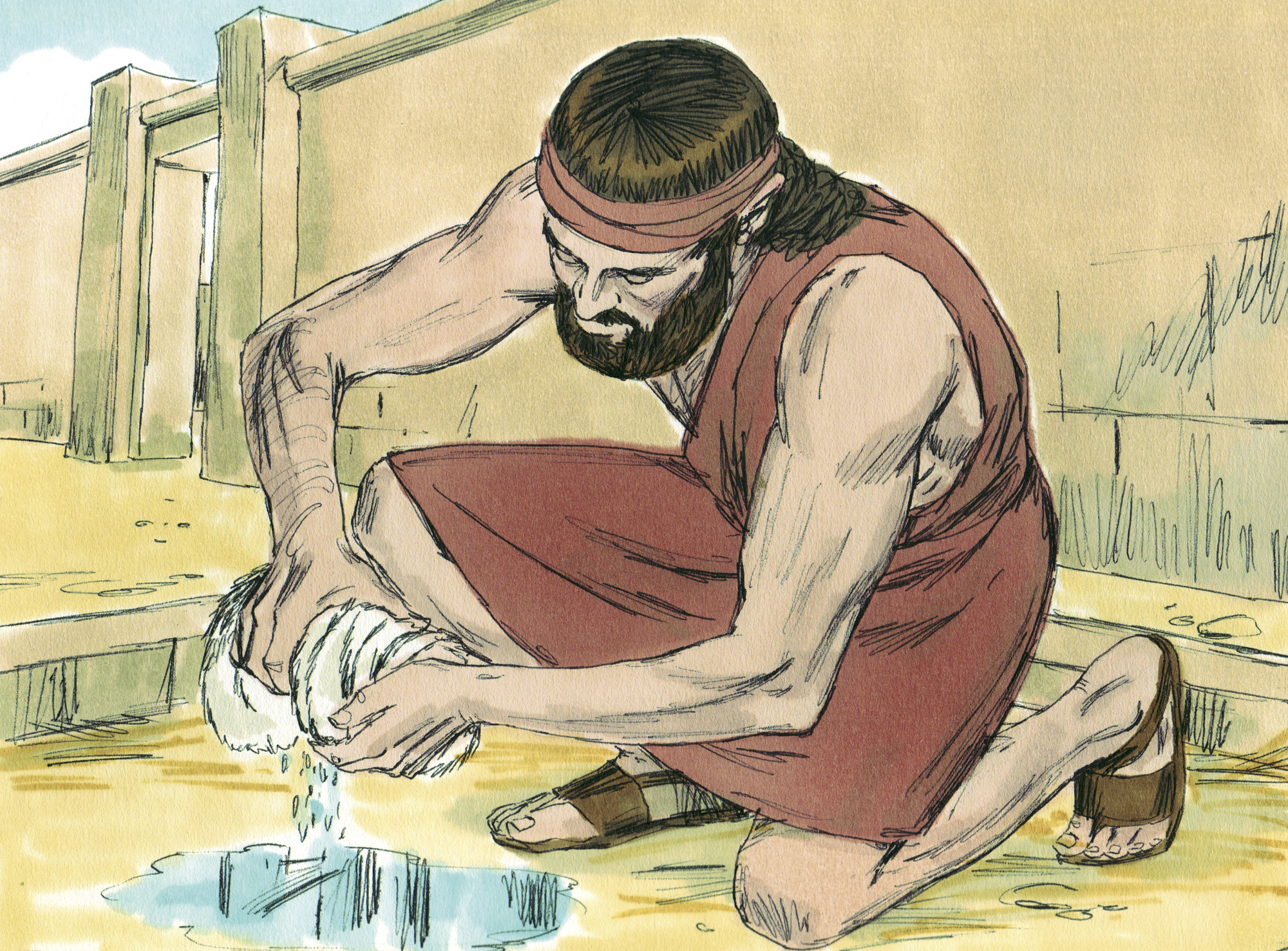 Now the Angel of the Lord came and sat under the terebinth tree which was in Ophrah, which belonged to Joash the Abiezrite, while his son Gideon threshed wheat in the winepress, in order to hide it from the Midianites. And the Angel of the Lord appeared to him, and said to him, “The Lord is with you, you mighty man of valor!”

Gideon said to Him, “O my lord, if the Lord is with us, why then has all this happened to us? And where are all His miracles which our fathers told us about, saying, ‘Did not the Lord bring us up from Egypt?’ But now the Lord has forsaken us and delivered us into the hands of the Midianites.”

Then the Lord turned to him and said, “Go in this might of yours, and you shall save Israel from the hand of the Midianites. Have I not sent you?”

So he said to Him, “O my Lord, how can I save Israel? Indeed my clan is the weakest in Manasseh, and I am the least in my father’s house.”

God was watching out for them during the hard times they were experiencing. He answered the cry of His people by sending an angel to talk with a man who was hiding his work, Gideon. Gideon was willing to do what it took to keep his family alive. He was doing the right thing in the wrong place. He was a fighter and was unwilling to bow to the Midians.

God came to Gideon because He loves to work with fighters. If we’ve given up and accepted life as it is, if we have accepted the defeat, we are outside of His will. He wants to turn the problem areas of our life around. Gideon had fight in him. So when the angle spoke, he revealed that God had been with him through the pain. The proof: Gideon was still alive and still threshing wheat when other’s crops were being destroyed. He had survived the atrocities around him.

The angel also revealed who Gideon truly was, restoring Gideon’s identity. Gideon was a mighty man, though he didn’t see himself that way. God had built him to fight and he was doing it in a small way. It was time to face the fight of his life and deliver the nation. Gideon’s calling was not to be a farmer, it was to be a judge of Israel. His new identity would take him to the place where he could thrive and help others.

But Gideon refutes the angel (another sign he was made to be a fighter). Gideon was frustrated with God. He had heard all the stories of the great deliverances in the past—where was that God? As he and the angel talked, the root of his frustration surfaced. His issue with God’s silence was rooted in his generational pain. He saw himself as the weakest of the weakest clan in Israel. God wasn’t going to let him stay there, in the grips of a defeated self-image. He had to break Gideon out of the weak generational mindset so he could do what God was sending him to do.