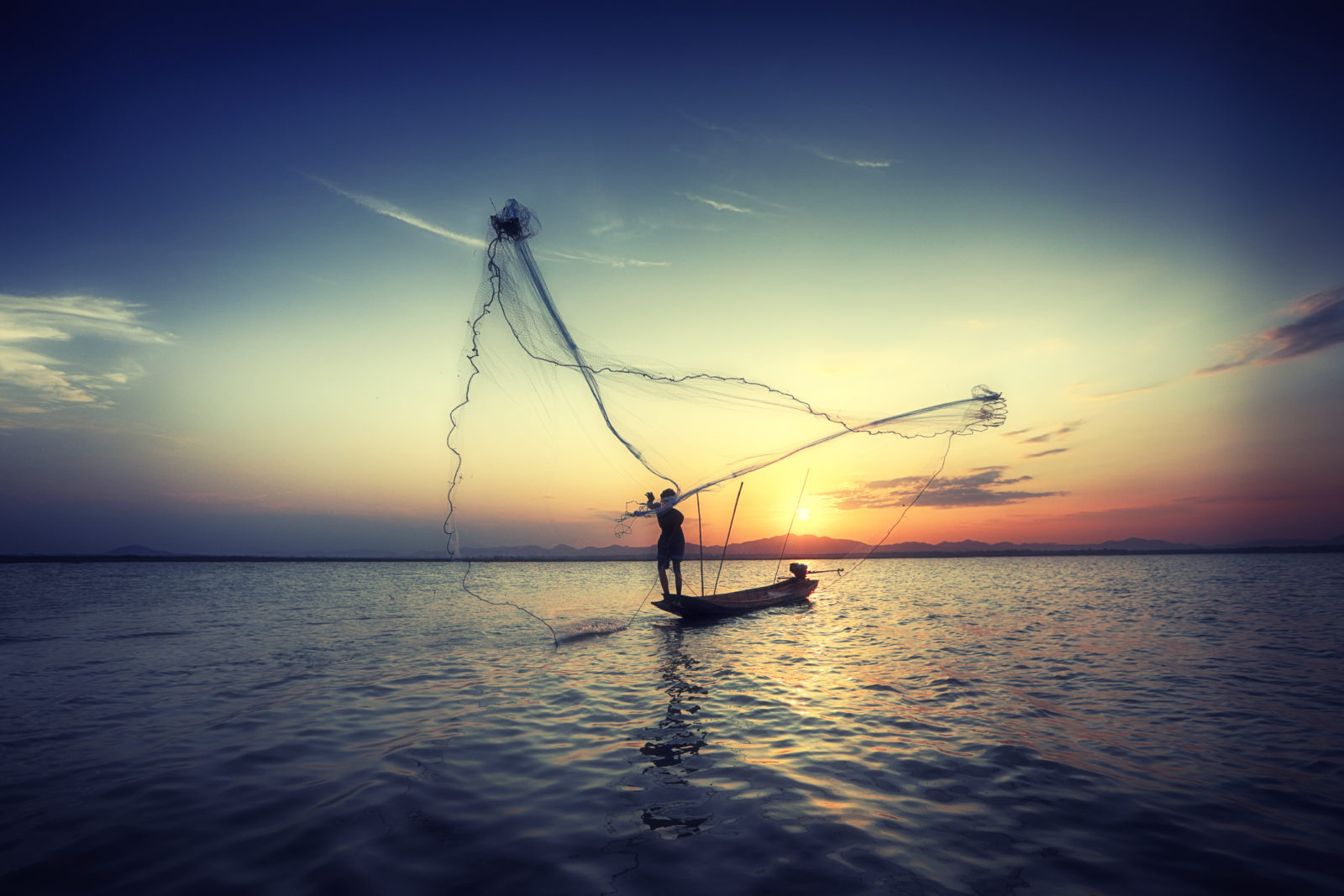 THROW YOUR NET BACK OUT: ABUNDANCE IS WAITING

Have you ever worked really hard on something and in the end, you saw nothing come of it? You feel like you wasted a lot of time and energy with no fruit to show.

It was just “one of those days” for Simon Peter and the boys. They had worked all night long in hopes of a prosperous harvest of fish. But in spite of their hard work and the sleepless night they had endured, they ended up with nothing.

Jesus had used Simon’s boat for a platform to preach out of to the multitudes that came to hear Him that day. “Then [Jesus] got into one of the boats, which was Simon’s, and asked him to put out a little from the land. And He sat down and taught the multitudes from the boat.” After this service, Jesus looked over at Simon and said, “Launch out into the deep and let down your nets for a catch.” (Luke 5:3-4)

Simon had to be surprised that this preacher would give him business guidance. What could Jesus possibly know about fishing? Wasn’t He a carpenter who began to preach?

Simon’s mind was going in a million different directions at once. He experienced a sort of spiritual vertigo. What he saw in the natural didn’t line up with what Jesus was telling him to do. He was learning what it meant to live in God’s will and to act by faith on Jesus’ words. A tremendous battle was waging in his mind. Peter was fighting the good fight of faith to move his lives into God’s purpose by embracing His word. The winner of the “battle in the mind” was the one who controls the tongue.

”“But Simon answered and said to Him, ‘Master, we have toiled all night and caught nothing; nevertheless at Your word I will let down the net.’ And when they had done this, they caught a great number of fish, and their net was breaking.”

When you invite Jesus into your business, everything and anything can change!

But Simon had a very important decision to make after Jesus told him to go back out to fish. It wasn’t logical to do that. It wasn’t practical. It wasn’t reasonable to expect different results from doing the same thing they had just futilely tried.

But this was Jesus talking to him, and His words were unlike any other words he had ever heard. They were POWERFUL WORDS. He spoke with GREAT AUTHORITY. He spoke with PROPHETIC INSIGHT.

Jesus gave Simon the key to his breakthrough. Simon took the key and opened the door to God’s provision and abundance.